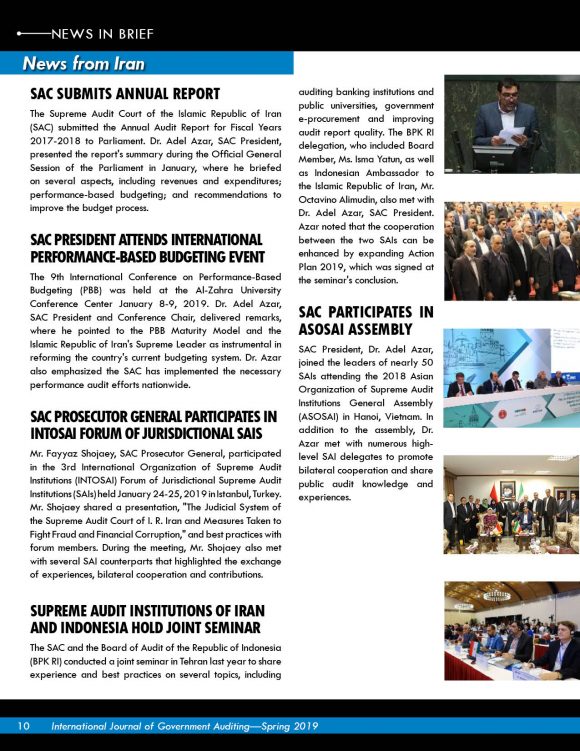 SAC Submits Annual Report
The Supreme Audit Court of the Islamic Republic of Iran (SAC) submitted the Annual Audit Report for Fiscal Years 2017-2018 to Parliament. Dr. Adel Azar, SAC President, presented the report’s summary during the Official General Session of the Parliament in January, where he briefed on several aspects, including revenues and expenditures; performance-based budgeting; and recommendations to improve the budget process.

Supreme Audit Institutions of Iran and Indonesia Hold Joint Seminar
The SAC and the Board of Audit of the Republic of Indonesia (BPK RI) conducted a joint seminar in Tehran last year to share experience and best practices on several topics, including auditing banking institutions and public universities, government e-procurement and improving audit report quality. The BPK RI delegation, who included Board Member, Ms. Isma Yatun, as well as Indonesian Ambassador to the Islamic Republic of Iran, Mr. Octavino Alimudin, also met with Dr. Adel Azar, SAC President. Azar noted that the cooperation between the two SAIs can be enhanced by expanding Action Plan 2019, which was signed at the seminar’s conclusion.