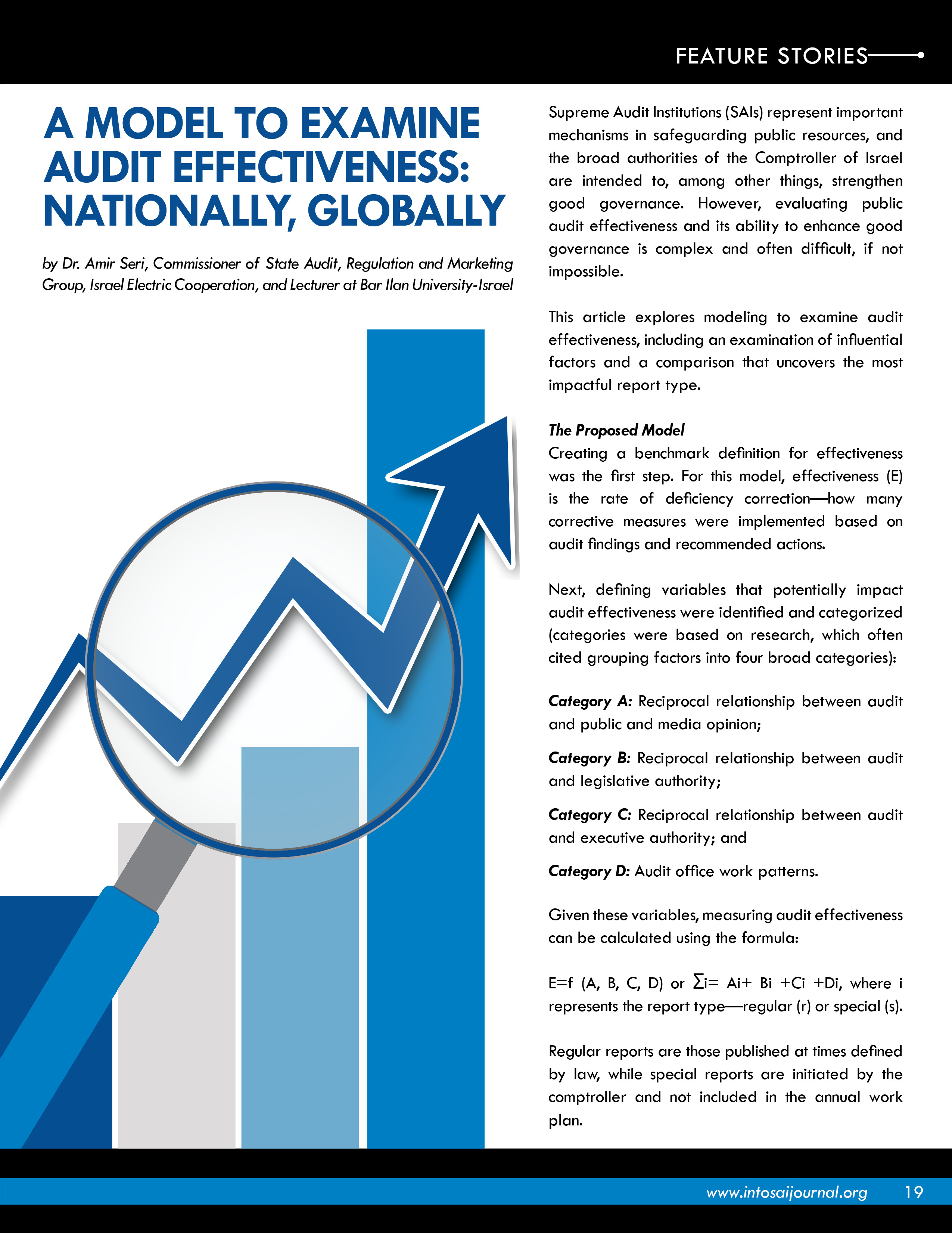 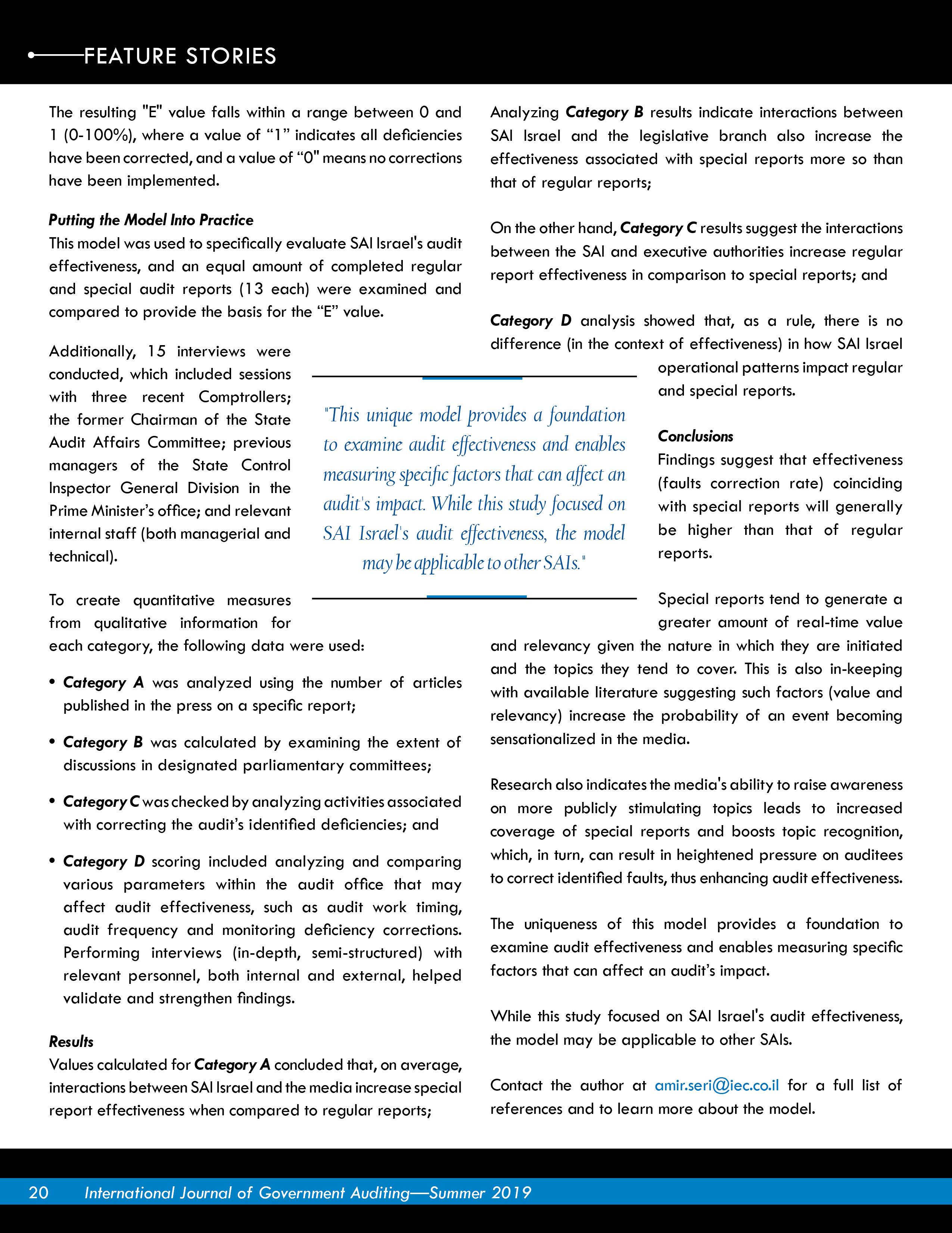 This unique model provides a foundation to examine audit effectiveness and enables measuring specific factors that can affect an audit’s impact. While this study focused on SAI Israel’s audit effectiveness, the model may be applicable to other SAIs.

Supreme Audit Institutions (SAIs) represent important mechanisms in safeguarding public resources, and the broad authorities of the Comptroller of Israel are intended to, among other things, strengthen good governance. However, evaluating public audit effectiveness and its ability to enhance good governance is complex and often difficult, if not impossible.

This article explores modeling to examine audit effectiveness, including an examination of influential factors and a comparison that uncovers the most impactful report type.

The Proposed Model
Creating a benchmark definition for effectiveness was the first step. For this model, effectiveness (E) is the rate of deficiency correction—how many corrective measures were implemented based on audit findings and recommended actions.

Next, defining variables that potentially impact audit effectiveness were identified and categorized (categories were based on research, which often cited grouping factors into four broad categories):

Given these variables, measuring audit effectiveness can be calculated using the formula:

Regular reports are those published at times defined by law, while special reports are initiated by the comptroller and not included in the annual work plan.

The resulting “E” value falls within a range between 0 and 1 (0-100%), where a value of “1” indicates all deficiencies have been corrected, and a value of “0″ means no corrections have been implemented.

Putting the Model Into Practice
This model was used to specifically evaluate SAI Israel’s audit effectiveness, and an equal amount of completed regular and special audit reports (13 each) were examined and compared to provide the basis for the “E” value.

Additionally, 15 interviews were conducted, which included sessions with three recent Comptrollers; the former Chairman of the State Audit Affairs Committee; previous managers of the State Control Inspector General Division in the Prime Minister’s office; and relevant internal staff (both managerial and technical).

To create quantitative measures from qualitative information for each category, the following data were used:

Conclusions
Findings suggest that effectiveness (faults correction rate) coinciding with special reports will generally be higher than that of regular reports.

Special reports tend to generate a greater amount of real-time value and relevancy given the nature in which they are initiated and the topics they tend to cover. This is also in-keeping with available literature suggesting such factors (value and relevancy) increase the probability of an event becoming sensationalized in the media.

The uniqueness of this model provides a foundation to examine audit effectiveness and enables measuring specific factors that can affect an audit’s impact.

While this study focused on SAI Israel’s audit effectiveness, the model may be applicable to other SAIs.

Contact the author at amir.seri@iec.co.il for a full list of references and to learn more about the model.