Deliberations at this meeting are crucial for valuable inputs into the Goal 3 report at the next Governing Board meeting. 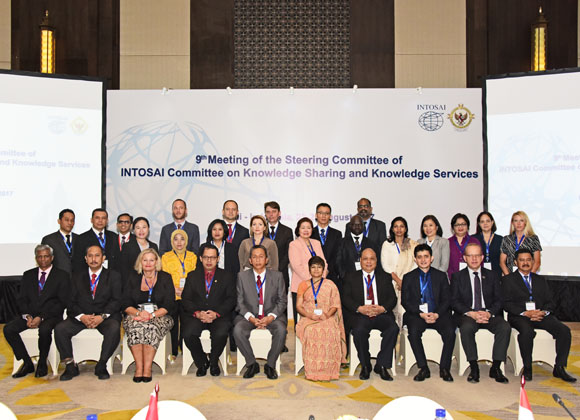 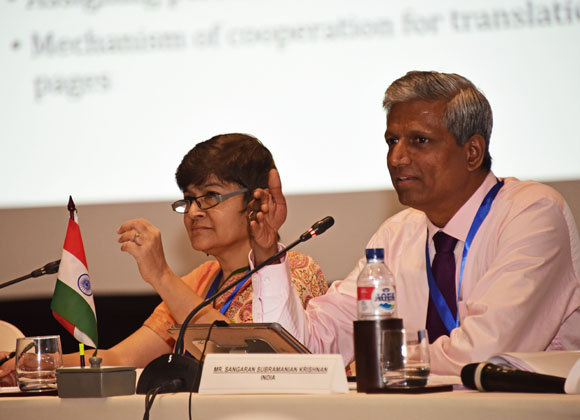 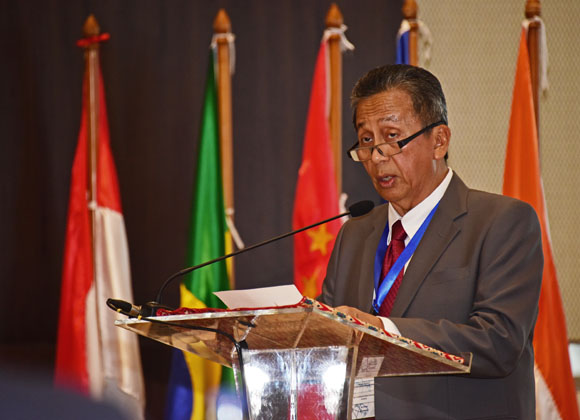 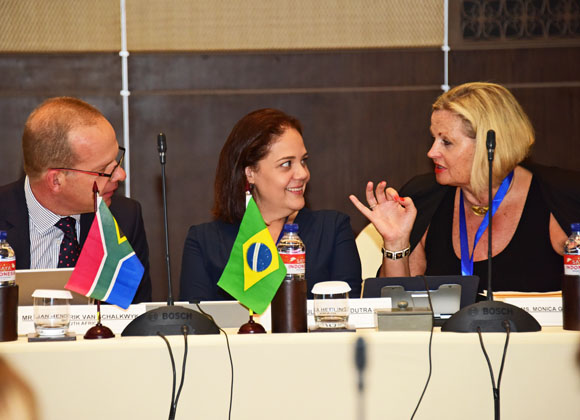 “Deliberations at this meeting are crucial for valuable inputs into the Goal 3 report at the next Governing Board meeting,” emphasized Ms. Rita Mitra, SAI India’s Deputy Comptroller and Auditor General, who opened the meeting as KSC chair representative.

Dr. Moermahadi Soerja Djanegara, Chairman, Audit Board of the Republic of Indonesia, welcomed attendees to the three-day event, which focused on KSC updates and working group progress since KSC members last met in Mexico City, Mexico, in 2016.

During the meeting, meaningful deliberations took place on several key topics to include revising the KSC “Terms of Reference (TOR).” Updating the TOR is essential to better align it with INTOSAI’s Strategic Plan 2017-2022, the revised Due Process and focus on performance reporting.

The KSC will also give INTOSAI access to dedicated research project outcomes as part of its strategy, and the teams leading the recently undertaken cross-cutting research projects on “Citizen Participation in Public Audit” and “Auditing Emergency Preparedness” presented proposals to KSC members.

Thought-provoking discussions also took place on the newly devised risk register and reporting dashboard. The risk register enables the KSC to manage risk in order to prioritize various action items, while the reporting dashboard, a tool created to communicate working group activities in as brief a format as possible, aims to highlight progress made and key next steps for each objective under the KSC strategic goals.

The dashboard, which also helps identify problem areas that may require attention, is a uniform reporting mechanism devised through Goal Chair Collaboration (GCC).
Mr. Jan van Schalkwyk, SAI South Africa, noted the extraordinary work stemming from GCC, which he characterized as one of the most exciting developments to emerge from INCOSAI XXII.

In his update on capacity building activities, Mr. van Schalkwyk emphasized the concept of “global profession, local solutions” reflecting the level of preparedness to support global standards while acknowledging local conditions. He stressed the desire to streamline engagements without overwhelming the regions and added that support to SAIs in fragile situations is crucial.

Ms. Monika Gonzalez Garcia-Koss, representing INTOSAI’s GS, commended the goal chairs for their collaborative efforts, as well as their regional coordination and also expressed a true appreciation to all KSC members for their continued commitment, especially during a time of transition, such as migrating to the new Due Process.

She also noted the INTOSAI Framework for Professional Pronouncements (IFPP) and added that the new framework clarifies scope and provides for a systematic review of existing documents.

Mr. Novy Pelenkahu, SAI Indonesia, represented the FIPP at the KSC meeting. In his briefing, he discussed the FIPP’s three priorities: implementing the revised IFPP after 2016; putting guidance into place that supports International Standards of Supreme Audit Institutions (ISSAIs) by 2019; and strengthening professional pronouncements beyond 2019.

Mr. Pelenkahu identified the importance of liaisons, who, he asserted, work closely with working groups and steering committees throughout Due Process stages to provide consultation and facilitate communication—significant in ensuring a better understanding among all parties.

An effort underway to help facilitate communication and information exchange is revamping the KSC-IDI Community Portal to provide a more auditor-centric, engaging and interactive platform that consolidates working group sites and acts as a hub for all knowledge sharing activities.
Mr. K. S. Subramanian, SAI India, conveyed that the portal’s ultimate goal is to provide a single window of access for information.

In cooperation with the KSC, the IDI developed the “Auditing Preparedness for SDG Implementation” program and has taken steps to scale up the course due to an immense demand (more than 100 SAIs in all INTOSAI regions have indicated interest in participating).

The program, designed to support SAIs in conducting ISSAI-based cooperative performance audits on SDG implementation preparedness in national contexts, is one of several programs and events taking place on the SDG front.

Ms. Garcia-Koss pointed out a high-level SAI leadership and stakeholder meeting jointly coordinated by the IDI and United Nations (UN) that took place earlier this year at UN headquarters in New York, which included active participation among KSC, CBC and INTOSAI GS representatives.

As the event drew to a close, Mr. Maxwell Ogentho, SAI Uganda, communicated a welcome message from his Auditor General, Mr. John F. S. Muwanga, and presented a video highlighting all that Uganda, and its capital city of Kampala, have to offer—as the next KSC meeting is set to be hosted there in August/September 2018.