We all know the effects of the COVID-19 pandemic have been devastating and—the word of the year—unprecedented. Faced with the urgent need to be more agile, flexible, and transparent, Supreme Audit Institutions (SAIs) across regions have had to rethink the timing, visibility, and scope of their audit work.

This situation has complicated an already complex matter: the ability of an SAI to act independently of its government. While many SAIs have been able to hold firm and contribute effectively to accountability during the crisis, others have found their independence eroded.

This is not a new phenomenon. The INTOSAI/IDI 2017 Global SAI Stocktaking Report and other data sources have shown that even though some progress has been made in recent years on the eight pillars of SAI independence, key elements are at risk. For several SAIs, financial independence appears to be an area of concern. Legal protection from removal for SAI Heads is particularly critical in some INTOSAI regions. Many SAIs report that they face restrictions in making their reports publicly available, and legislative follow-up on recommendation needs to be strengthened.

In light of these alarming trends, we felt there was a need to do more, to move from raising awareness to tangible support for SAIs on the issue. As part of our significant upscaling of IDI’s independence activities, we have expanded the independence team from one person to three and embarked on several new or strengthened initiatives in this critical area.

Building on the Solid Foundation Laid by INTOSAI and Development Partners
IDI’s SAI independence support builds on the significant body of work conducted by INTOSAI and the donor community over the years. The Lima Declaration on Auditing Principles (INTOSAI P-1) and the Mexico Declaration on SAI Independence (INTOSAI P-10) both constitute a solid foundation on which all efforts related to SAI independence should be anchored. They form the backbone for United Nations General Assembly Resolutions A 66/209 and A 69/228.

Ensuring SAI independence is also a shared objective of INTOSAI and the donor community, and constitutes the first strategic goal in the INTOSAI-Donor Cooperation 2020-2030 strategy.

Taking a Bolder Approach to SAI Independence
“We first decided that more needed to be done in 2018, when we started our portfolio review and consulted our stakeholders as part of the development of our 2019-2024 strategic plan,” says Ola Hoem, Deputy Director General of IDI. “A clear message coming out of that process was a need to step up our efforts on SAI independence and align our ambition to the magnitude of the challenge and the expectations coming from different sides of the spectrum. Then we asked ourselves how we could do it.”

Leveraging Synergies between Development Partners and SAIs
To respond to demands from development partners to assist them in raising the awareness and building the knowledge of their in-country staff on SAI independence, IDI developed the SAI Independence Resource Kit. This quick reference guide, available in all four IDI working languages (English, Arabic, French, and Spanish), helps donor staff better understand the challenges SAIs face in obtaining and safeguarding independence, and advocate effectively for SAI independence at the global, regional, and in-country levels. The kit will also be used to provide training to interested parties.

In another new initiative spearheaded by the Swiss State Secretariat for Economic Affairs (SECO), IDI—along with other members of a task force that comprises representatives from the World Bank, SECO, the INTOSAI General Secretariat, the U.S Government Accountability Office, and the General Court of Audit of Saudi Arabia—is helping to establish an INTOSAI-Donor Cooperation Goodwill Ambassador for SAI Independence. The Ambassador will give voice to the topic of independence, raising awareness beyond the external audit community and gaining high-level policy access.

Forging new partnerships, and building on existing ones, is an important element of IDI’s strategy on independence.

“There is a need to firmly position SAI independence in global policy discussions on public financial management, integrity, and accountability,” says Marte Briseid, Manager on SAI Independence, who recently joined the team from the Norwegian Agency for Development Cooperation. “We have to raise awareness on the issue beyond the INTOSAI community, leveraging the vantage points and perspectives of multilateral institutions, civil society actors, and multi-stakeholder initiatives that also work to promote transparency and accountability in the public sector.”

Mobilizing Rapid and Timely Advocacy Support to SAIs Facing Immediate Threats or Challenges
The second paradigm shift in our approach has been to strengthen our ability to address immediate threats and challenges to SAI independence through the SAI Independence Rapid Advocacy Mechanism (SIRAM).

As we know, SAI independence can be challenged in various ways. These include amendments to a country’s constitution, changes to the budget or audit law, attempts to remove the

Structured around four stages (information-gathering, assessment, response, and follow-up), SIRAM has been set up to enable IDI, INTOSAI, development partners, and other stakeholders to collaborate on solutions that will help SAIs secure and maintain their independence.

When IDI identifies or receives a report of a threat to an SAI’s independence, it conducts a preliminary review to establish that the threat is genuine. Before proceeding further, IDI must obtain the approval of the leadership of the SAI in question. Then, within 30 days of being alerted to the threat, IDI works with the SAI and stakeholders to deliver an advocacy response that is both rapid and based on a thorough assessment. Based on the sharp increase in cases IDI has processed over the last two years and on feedback received, we believe that the overall impact of SIRAM has been positive. One response that can be taken through SIRAM—the release of statements of concern, such as those for Cyprus, Chad, Ghana, North Macedonia, and Somalia—has drawn significant attention.

However, SIRAM is much more than just the release of statements. Other potential responses include in-country missions to engage with stakeholders and support in drafting legal provisions. We are pleased that as SIRAM has matured, development partners have become more involved in its implementation, and our ability to engage with stakeholders at the country level when processing a case has grown.

SIRAM is having a positive impact and drawing the attention of significant global actors to the need to shore up SAI independence. One lesson IDI has learned, though, is that while SIRAM is a useful advocacy tool for responding to crises as they occur, it should be accompanied by more long-term and proactive efforts to advance SAI independence across countries.

Establishing a Knowledge Hub on SAI Independence
We have developed the SAI Independence Resource Center (SIRC), an online knowledge hub which provides guidance and materials for SAI staff, development partners, and civil society organizations to advocate for SAI independence in the countries where they operate. The SIRC includes the Independence Resource Kit, among a variety of other support mechanisms that can be readily accessed around the world.

Freddy Yves Ndjemba, who heads IDI’s independence team and was instrumental in the development of the SIRC, is enthusiastic about its ability to positively impact independence: “The SIRC will serve as an information and resource portal for all parties interested in promoting transparency and strengthening accountability in Public Financial Management. We believe that this goes far beyond SAIs, development partners, and civil society organizations, and could include parliamentarians and media.”

The second phase of the knowledge hub will focus on producing and disseminating research on SAI independence. This effort includes a literature review synthesizing concepts of SAI independence from both academic and practitioner viewpoints. From preliminary findings, Ndjemba comments: “It is very interesting to see that the Lima Declaration remains the most influential tool in shaping the academic definition of the independence of SAIs. The survey of the literature also shows an evolution in the perceived role of SAIs: they have moved from being considered as purely technical entities, confirming that financial resources have been used properly, to essential actors in the accountability ecosystem.”

In the future, IDI will engage academia from different regions, along with other global partners, to examine independence from a variety of perspectives, including statistics and sociopolitical research. Using this work, we plan to create concrete advocacy tools, such as case studies related to individual SAIs’ advocacy efforts. We would encourage SAIs to engage in shaping the research agenda.

The Outlook for IDI’s Work on SAI Independence
The results of the 2020 Global Survey and Stocktaking Report are currently being analyzed. While this report will give us an indication of whether the challenges to SAI independence are expanding or contracting, we have already identified some directions to explore going forward.

Strengthening existing partnerships and getting new global actors on board—including those who may have less understanding of what SAI independence means and why it matters—will be a key task for IDI. Other critical goals will be to strive for greater impact at the country level and to support the INTOSAI agenda on independence.

“Strengthening SAI independence should take into consideration the contextual factors as well as international best practices encapsulated in the Lima and Mexico Declaration,” says Benjamin Fuentes, new member of IDI’s independence team. “All IDI’s efforts should focus on both dimensions to become a trusted partner of SAIs when engaging on independence.

Continual improvement and permanent streamlining of our activities is a direction to explore.”

The first step is to raise awareness of the benefits and real scope of the independence work stream tools and activities across all INTOSAI regions through seminars, webinars, and use of the SIRC. SAIs should not feel they are on their own when it comes to advocating for their independence or dealing with an institutional crisis.

In Conclusion
At IDI, we look forward to continuing to provide hands-on support to SAIs in their quest for independence and to raise awareness of this important issue. With INTOSAI currently developing its next Strategic Plan, we hope that promoting SAI independence will remain a key focus. As we build on the vast practical experience derived from our work on independence over the last years, we feel confident that we can continue to align with INTOSAI’s efforts on this issue. 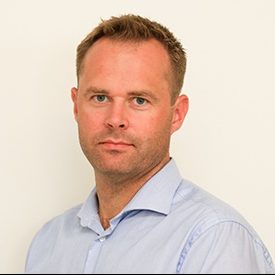 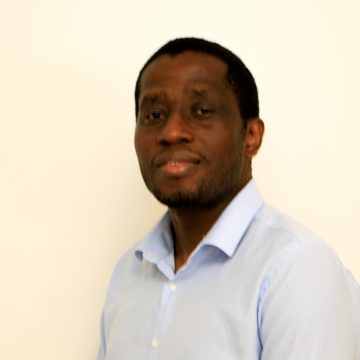 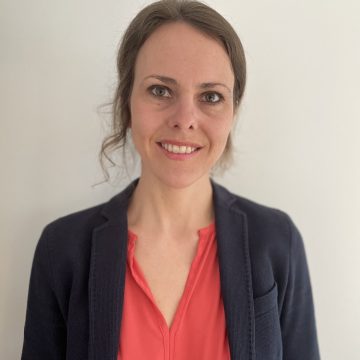 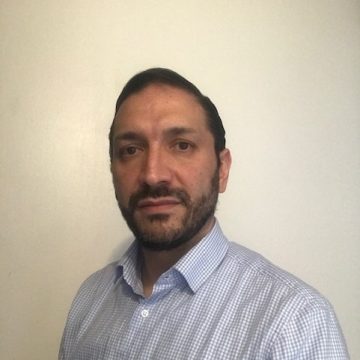 In December 2020, the Parliament of the Republic of Lithuania passed a new version of the Law on National Audit Office, establishing a legal regulation in line with current requirements for public audits. The new version of the law, which comes into effect on July 1, 2021, provides for the functional, organizational, and financial independence of the National Audit Office of Lithuania (NAOL), will enable NAOL to...

SAI Independence: Examining the Root of Contradiction in Israel

In a 1995 case against Israel’s State Comptroller, the Israeli Supreme Court stated in its ruling that the “Comptroller has no discretion as to whether it should commit itself to the task of preparing an opinion as required of it; it is a mandatory obligation,” and directed the Comptroller to render an opinion on the required subjects.
Nearly a quarter of a century later, the Comptroller’s office, the nation’s Supreme Audit Institution...

Since it was established nearly 30 years ago, the State Audit Office of Vietnam (SAV) has become progressively more independent, in accordance with the principles of the 1977 Lima Declaration, the 2007 Mexico Declaration, and more recently, the...